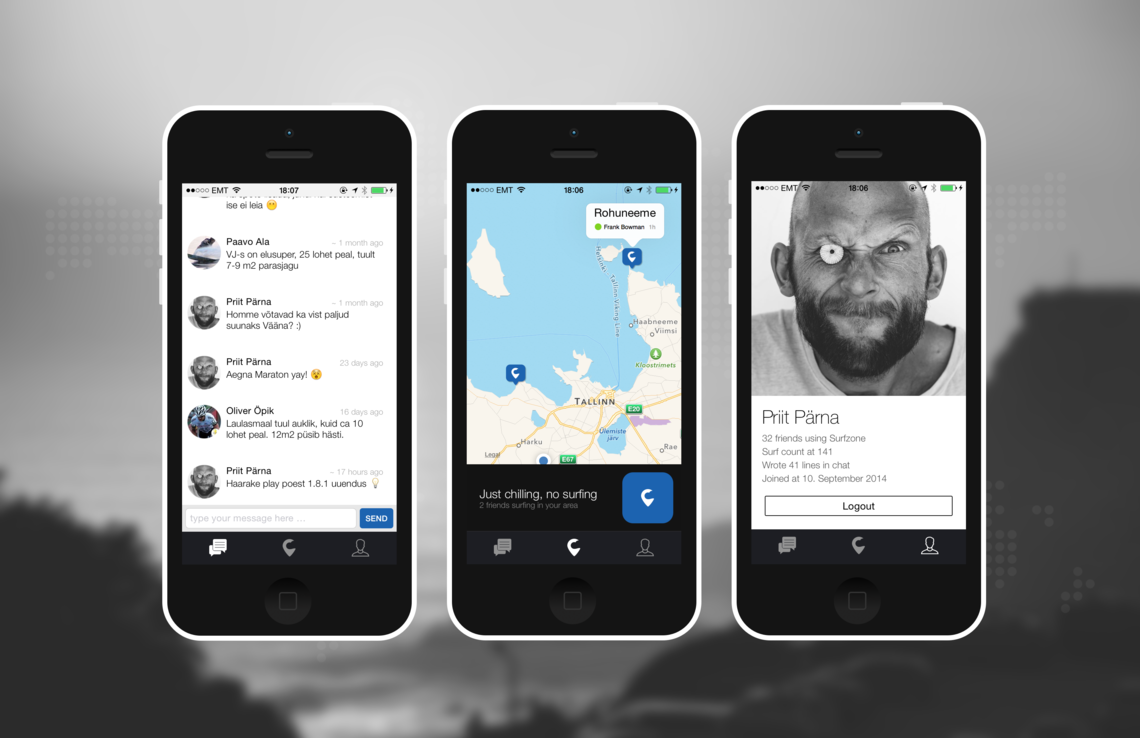 Hey, I'm Priit Pärna and I created Surfzone - a dream that has been cooking in my brain for about 6 years already.

Since in Estonia waves are a rather rare sight but it is quite windy, I started with kiteboarding. I have a snowboarding and wakeboarding background, so the kite was a good extension. A few years later I moved to Portugal to learn the real deal - surfing the waves.

The idea for the app started with a real problem in my everyday life. Half of every windy day at the office was spent on calling or texting my surfer friends asking around for when and where to go or how were the conditions. The ones not answering were already in the water with all the valuable knowledge. To solve the problem I envisioned an app including a check-in system to my current surf-spot and rating the conditions there for all my friends to see. It would make a surfer's life so much easier.

It took some time until the puzzle pieces were ready in my head to actually start working on the project in 2013. I started to create the app for Android first since it’s cheaper and therefore more popular. Then it was iPhone's turn.

Big thanks to my friends who have helped me to get so far!

Surfzone for Android is in open Beta, iPhone in Beta soon - yay!